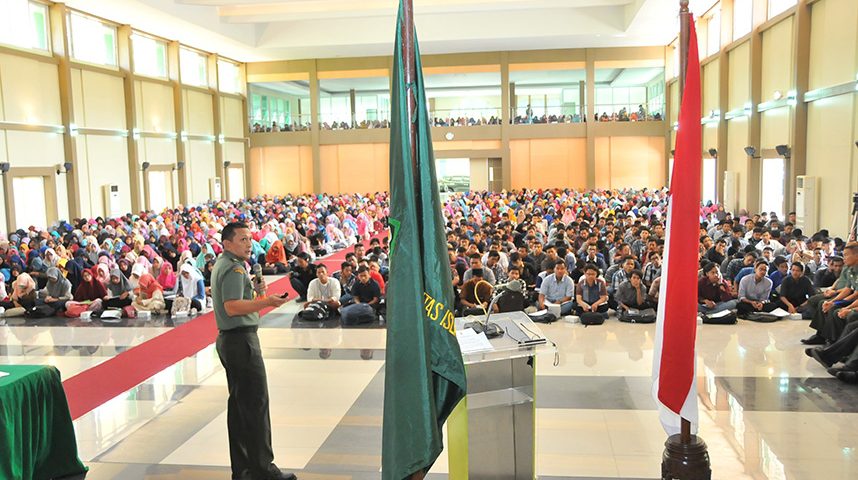 Head of regional military unit (Kasdam) IV Diponegoro, Brigadier General Sabrar Fadhilah invited students of the State Islamic University (UIN) Walisongo to always keep the country. UIN Walisongo is an institution that plays a very strategic role in efforts to appear the cadres which have international quality, but it must continue to uphold the values ​​of local wisdom based on Pancasila.

“Students must maintain the spirit of nationalism, which is a willingness to sacrifice for greater concern and it is placed above personal concern or groups,” he said on behalf of Commander IV Diponegoro Major general Tatang Sulaiman when filling Stadium General semester of academic year 2017/2018 UIN Walisongo Semarang with theme Encourage the Nationalism among the Students for the Resilience and Progress of the Nation on Wednesday, (30/8) in hall 2 campus 3.

“Indonesia as one of the equator countries that has the potential of vegetation throughout the year will be one of the competing arena of interest from various countries. Therefore, anticipation and proper preparation is needed so that the Indonesian nation is able to guarantee uphold the integrity and sovereignty of NKRI, “he said.

Global situations and conditions still show high levels of conflict, war, terror bombs, poverty and displacement and other social imbalances. This is due to the rapid increase of population that is not balanced with the availability of food, clean water and energy, thus triggering the emergence of new conflicts.
Rector of UIN Walisongo said that the young generation as the backbone of the nation must be aware of the various challenges and threats of the nation to then unite and synergize to maintain the safety of the nation and state. “We do not have to think too fantastically. Simple but useful for people, it’s more important, “he said.

He added that UIN Walisongo students must understand and know the vision and mission of UIN Walisongo. Students must have anti-radicalism attitude, obey the rules of the state and participate in maintaining the integrity of the nation. 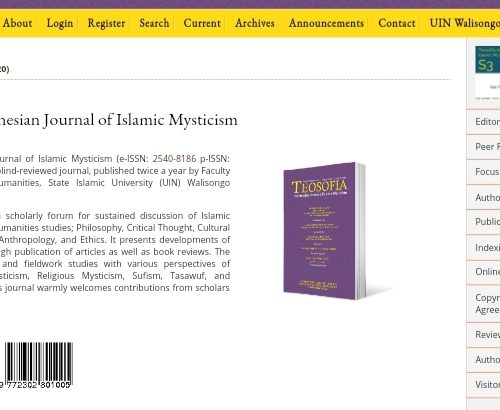 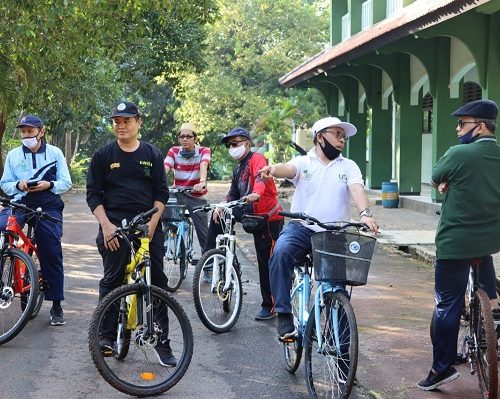